Don’t get fooled by the title, dear reader, you’re indeed on the English section of the Campus France blog. For my first entry as ambassador, I wanted to present the gastronomy of one of the French regions: Alsace.

Why this one? Because, contrary to the clichés foreigners often have about France, the signature food from Alsace is not snails or frog legs. And not even croissants, baguette or éclairs.

Before unveiling just a handful of Alsace specialities, I’d like to remind that the Alsace region, by its location and history, has always been a melting pot. A melting pot of people, languages and of course… food. And the roots of food tradition from this Eastern region dig deep in Germanic culture. A word of warning for vegan food enthusiasts: the base ingredient is often pork.

And now, let me show you a brief selection of the most iconic Alsatian recipes:

The Alsatian cousin of the world-famous pizza, the tarte flambée (litteraly “flame tart”), is a real treat for the tongue. The classic version has a thin crust covered with soured cream, onions and lardons (cubes of fatty bacon) cooked in a bread oven.

But my own personal favourite is without a doubt the version with grilled munster, a typical Alsatian cheese with Protected Designation of Origin. 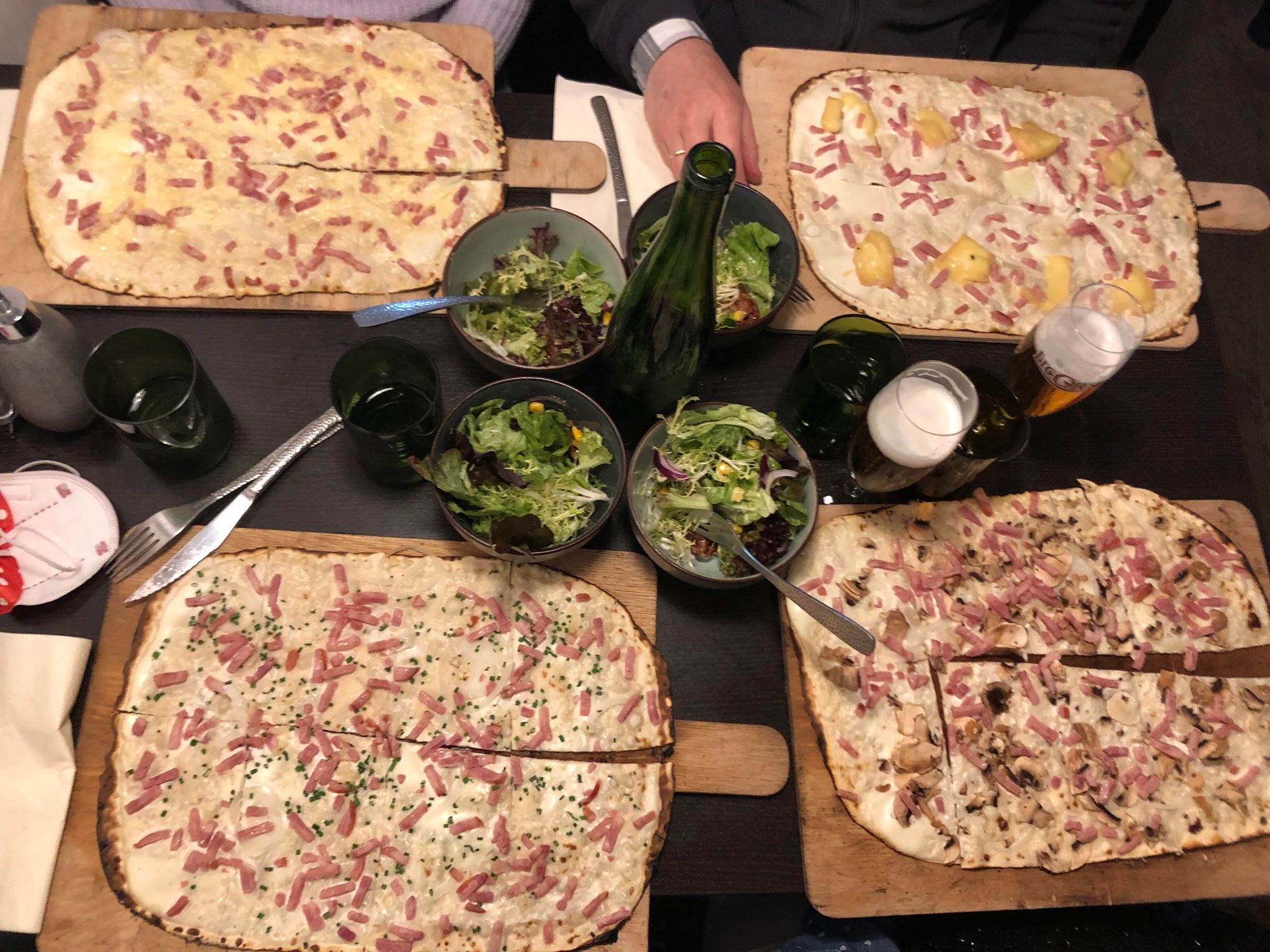 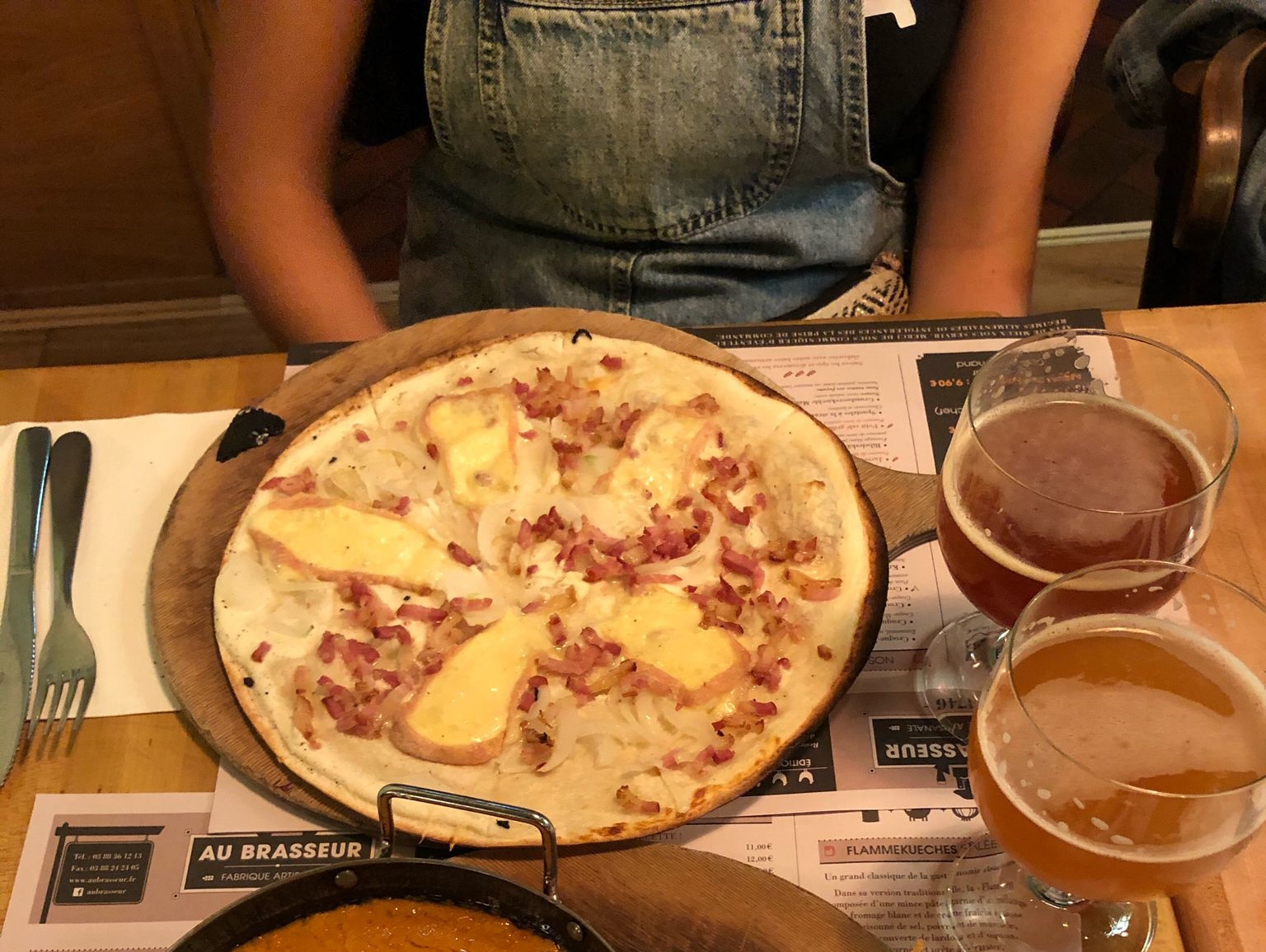 Though sauerkraut may be prepared in many different ways, Alsatians prefer it garnished. But garnished with what? Potatoes, typical sausages like knacks and other salted meats like ham hocks.

In Strasburg, there’s also a revisited version of the traditional choucroute recipe: a choucroute with three types of fish, a must-try! 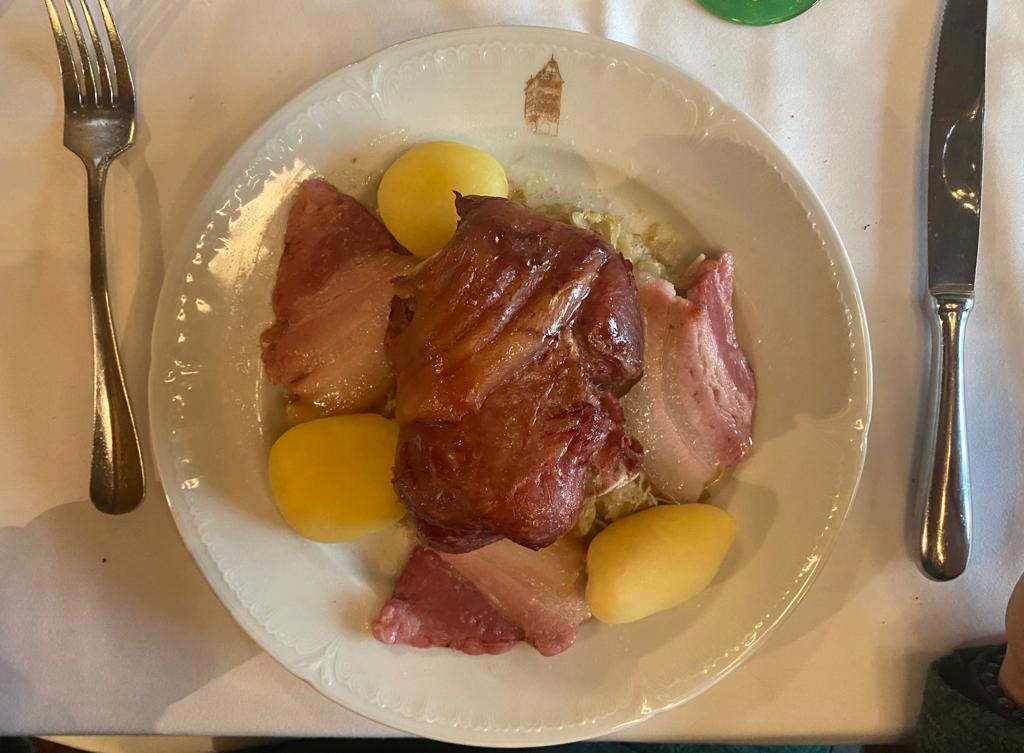 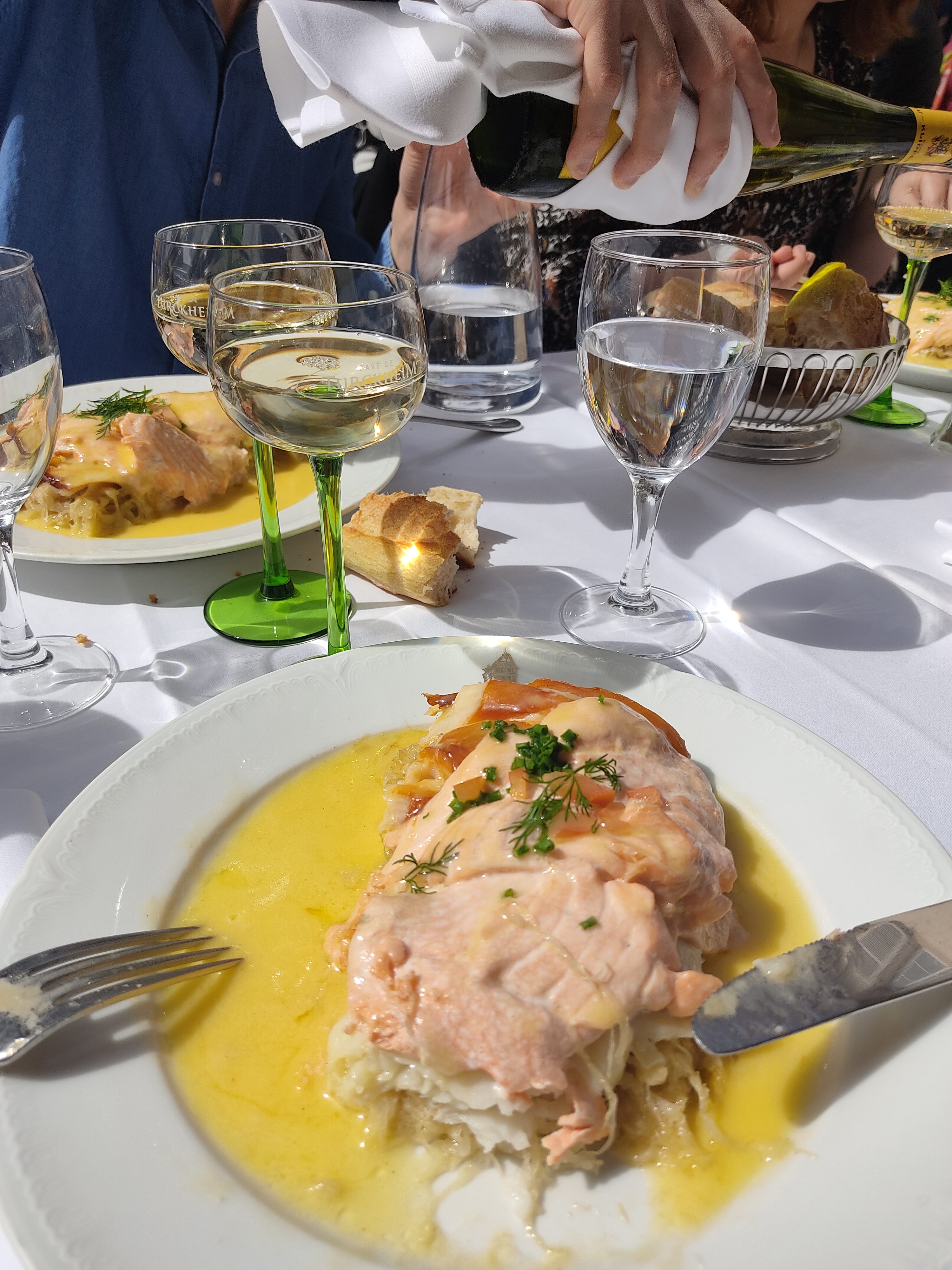 This fresh egg pasta is often served as a side to sauce dishes in winstubs, the traditional Alsatian bar restaurant. Simply delicious! 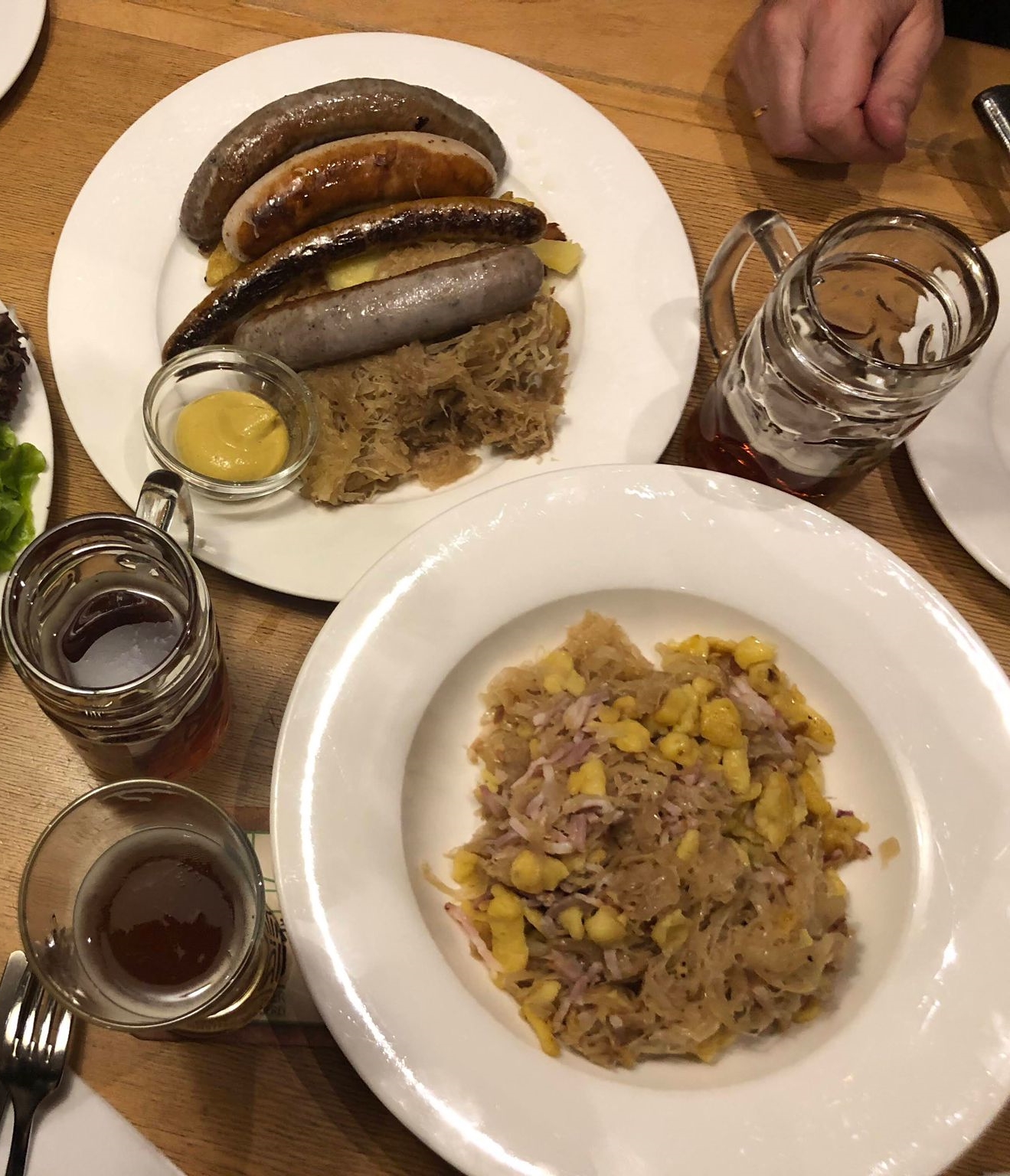 The main character of Christmas markets in Alsace, with mulled wine, is undoubtedly the gingerbread. If you want to try this recipe, you’ll need four spices (cinnamon, clove, ginger and anise) and honey, as the main ingredients of this treat.

A little secret for you: thanks to its high honey contest, which is imperishable, gingerbread can be stored for a very long time. 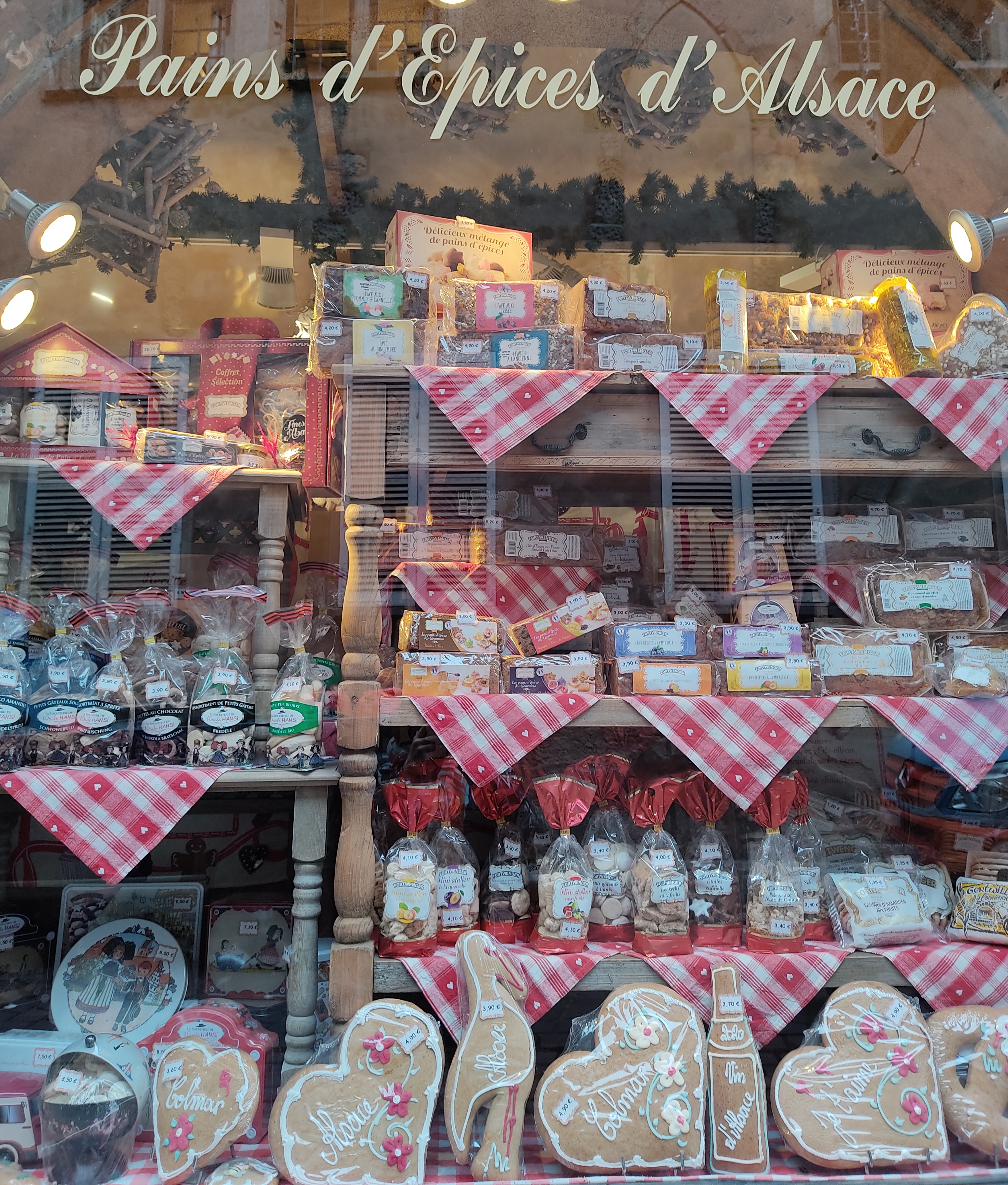 Before trying this leavened dough brioche, try pronouncing its name right to act like a local, or at least avoid a wave of laughter from everyone in the boulangerie (trust me, I know what I’m talking about!). Kougelhopf is generally sweet, but you can find a salted version. What makes its name is its peculiar shape. I particularly recommend it to dip in coffee or tea! 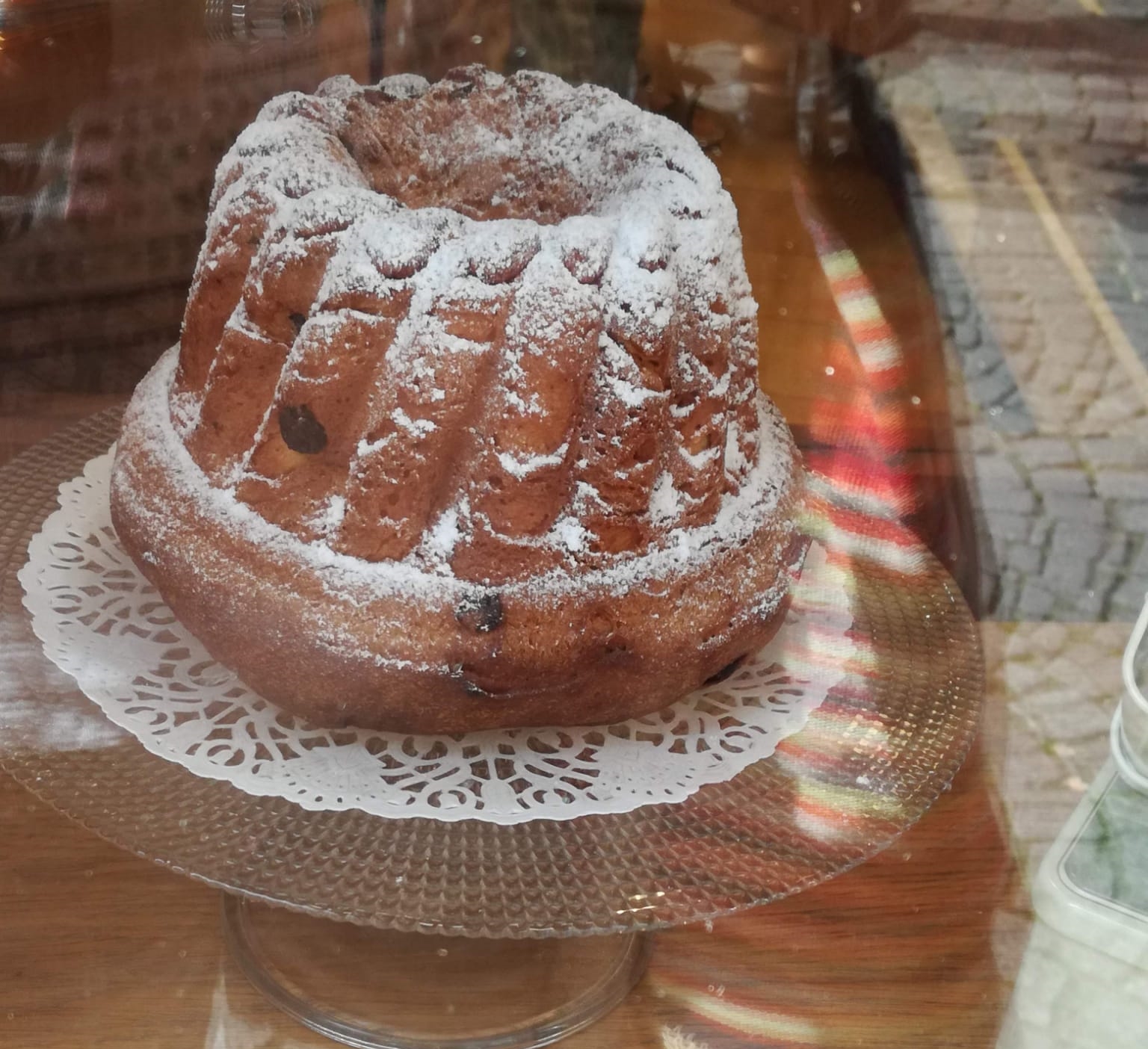 And to close this short list, let me just wish you a good appetite or, as we say in Alsace, “E GÜETER!”. 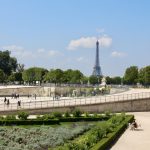 Why Learning French is the Best Preparation for Your Move AbroadArticle de Jalen & Maria, article in English, JeParleFrançais 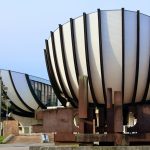