Saving on Travel – France and Beyond

I often hear people saying that traveling around Europe by train is cheap. After living here in France for more than six months I can say that the trains not exactly cheap, at least here in France. For example, if I want to travel on the SNCF using the TGV from Reims to Paris, which runs 45 minutes travel time, it will cost me 28.50€ or 25€ one-way in most cases. This is definitely not cheap, at least on a student budget, however, there are ways that can reduce the cost to travel to make it reasonably affordable.

One option is to take OUIGO, the budget high-speed train service by the SNCF. Me, though I have never taken OUIGO due to accessibility reasons (the train that passes by my city comes at inconvenient hours for me), I have heard that its a great option for traveling on a low-budget. For example, it’s possible for find tickets from Paris to Marseille for as low as 20€ one-way. This pales in comparison to the price of typically 90€ on the SNCF without the use of a discount card.

A caveat though about OUIGO is that the cheapest trains tend to operate from Paris using secondary stations that are outside, such as Disneyland or Gare Massy.

A second option is to purchase the Carte Jeune which works as long as you have a European bank account with a RIB, French address, and your student card. It is a 50€ one-time fee, active for one year, and acts as a reduction card of 30% within France and 25% for international lines using the SNCF. For example, traveling from where I live, Reims, to Paris it would then cost me typically 14.50€ one-way on Prems (discount tickets sold by the SNCF, yet are non-modifiable and non-refundable) or 21€ for a normal ticket. When I traveled from Paris to Milan on the SNCF I was able to use my Carte Jeune and purchased a one-way ticket for 60€ down from 80€.

Me, while I saved a lot of money using Carte Jeune, I found myself still biting my lip at the cost because I traveling a lot, going to Paris three times per month, and would average about 100€ per month while using Carte Jeune. This isn’t counting the travel to cities with a greater distance than to Paris which cost more (for example, Paris to Bordeaux on Carte Jeune can cost around 70€ one-way).

Personally, I recommend Carte Jeune to those who occasionally travel through France or internationally. If you find yourself traveling frequently, or on longer routes, Carte Jeune may not be for you–you may want to consider TGV Max which is basically a subscription to access the SNCF’s TGV network for 79€ per month for a block of at least three months.

After my first semester I ended up purchasing TGVMax. After having TGV for one month now, I can definitely advocate for TGVMax as the best option for traveling in terms of costs, as well as flexibility and other perks. Last month, I went from Reims to Aix-en-Provence, Avignon, Marseilles, Nantes, and Lille all for 79€ rather than the 377€ I had calculated had I not purchased TGVMax. Certainly a deal-breaker!

What I like most about TGVMax outside of saving a lot of money, is that it can resolve headaches for missed trains and rescheduling. In the last three months I missed about four trains from Paris to home which cost me nearly 70€ since I would choose the non-refundable Prem tickets. After purchasing TGVMax, I basically eliminated this inconvenience because I can simply reserve a ticket on next train as long as there’s an open seat. I’ve also found TGVMax to give me more flexibility regarding my schedule (though not for all cases). For example, I was spending time with a dear friend in Lille and was supposed to take a train return to Paris and then to home in Reims, yet decided that I wanted to stay for longer. All I needed to do was to check to see if there was an available seat, then found myself in luck, and ended up staying in Lille for seven hours instead of two. In another case, I woke up too late and missed my bus to take me to the train station, thus missing my train from Reims to Rennes. Instead of choosing to pay for a taxi to attempt to catch the train, which would have cost me at least 30€, I just cancelled the ticket without penalty, technically not loosing money since I have a subscription rather than paying for the individual tickets.

While TGVMax is exclusively for domestic travel, it can also be used to travel internationally by way of traveling to a French city next to the border of one of France’s neighboring countries.

Me, I put this in practice for my trip last weekend to go to Belgium. I used my TGVMax subscription to head from Reims to Lille, and then paid only 9€ to take a high-speed train from Lille to Brussels instead of paying as much as 80€ for the same destination from Reims. I will also be traveling to Geneva soon, paying only 5.70€ by way of Bellegarde-sur-Valserine on top of my TGVMax subscription instead of paying 124€ one-way.

The cities that work best for traveling internationally are as follows: Lille for access to Belgium and Netherlands; Bellegarde-sur-Valserine or Mulhouse to go to Switzerland; Modane or Nice/Menton for Italy; Perpignan or Biarritz for Spain, Thionville for Luxembourg, and Strasbourg for Germany.

(Refer to the SNCF map below)

If you are more adventurous, it’s also something to consider by using this method to use an airport in foreign country to travel internationally, such as Brussels instead of Paris if you live in the north of France. This can save you a lot of money as the price for tickets can vary to a large degree between airports.

While TGVMax has its definite upsides, there are some caveats that come alongside it. It’s only possible to reserve a maximum of six tickets with the service at a time. Also, the SNCF only makes available a fixed number of seats per train under TGVMax, making you sometimes compete for a ticket if you want a last-minute one on a highly-congested or low-serviced route. Yet, all in all, in my experience, the benefits far outweigh the inconveniences. 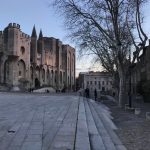