If you’re enrolled in a French university, you may have noticed that the classes are different. And I’m not talking about the language.

Two years into my licence, I now have a not-so-secret secret to share with you all. Here goes:

The French licence, like many French traditions, is slow.

Some foreigners (like myself) aren’t aware of what they’re getting into when they arrive.

And most of all: slow, drawn out, in-depth, theory-based, academia.

While I can’t speak for other education systems, I think the pace of the licence really surprises American students.

I myself was profoundly confused upon arriving in France. I study communications. I thought we were going to learn how to do SEO, write un communiqué de press, create a design portfolio, all that jazz.

Yet, for six months I learned about Marxism, the endangered uralic languages from northeastern Eurasia, and the (drum roll, please) French Revolution™… among other things.

Definitely no SEO, though. I was so baffled by my first year of licence that I even started asking my French teachers and academic advisers if it was “normal”. I truly thought something was wrong. Did I sign up for the right licence ?? When were we going to learn about The Professional Stuff? I have a LinkedIn I need to beef up.

So, I told myself : “Don’t worry, it’s just your first year. They probably play the same joke on freshman in the US”.

Year two? Exactly the same shenanigans. Except worse, now we are studying the cultural significance of memes. Don’t they know I’m in a race? To the career of my dreams? That I have to be the very best and catch ‘em all? Why is it all so damn slow.

Here’s the radical thing that I learned, though:

It’s meant to be that way.

It’s literally designed to be taught by researchers (who knew ??) and no one picks their courses (what’s the opposite of à la carte ?)

They truly want it to be slow, drawn-out, in-depth, theory-based, academia.

The more I asked, the more I realized that the licence is not made to teach “skills”. The licence doesn’t allow you to walk in and directly get hired at Havas. No, the licence does not prepare you for the workplace at all. At least, not directly. So what do they teach you for three years, then?

The licence is an “ouverture d’esprit”, it is seeing the little connections between different fields in order to grasp the bigger picture.

It is about absorbing so much cultural baggage that you can produce new ideas that no one has seen before. It’s the ability to, after a masters, not just perform a job but re-write the rules of that job. It’s like the mental version of Mister Miyagi’s “Wax on, wax off” before actually learning the real karate (that comes during the masters.) Well, that’s what they told me at the pôle d’orientation anyways.

In all seriousness, I’m so glad I chose to do a licence in France.

The French may have a point. It’s not a race to employment.

At least, it doesn’t have to be. It’s nice to learn abstract theories and complex syntax from ancient languages. Maybe I’ll never use it again. Perhaps, in the long run, that’s the stuff that will set me apart. At least I’ll always have cool stuff to bring up at the break room.

“But did you know that after the French Revolution the French had, like, two extra monarchies ?? So don’t feel bad about procrastinating on your deadline.”

The point is, students in France don’t have to be in the same rush because, well, they can afford to take it slow. The licence doesn’t cost them $50,000 and a couple organs a year. (And me neither, thanks to Campus France! ❤ ) Definitely seems to be working out okay when you consider how innovative and artistic this lil country is #startupnation.

In any case, I wanted to share my perspective on the licence.

Clearly, certain parts of that experience are specific to my field of study, country of origin, and my university (shoutout to Lyon 2) but my hope is that other impatient students like myself learn to SLOW down. Enjoy the ride. Get cultured.

Know that there is a method to this madness. *actual photo of my methodology teacher explaining the doxa.

In conclusion, I made this helpful table that summarizes the Pros/Cons of doing a licence / living in France:

*All opinions are my own.

How was your licence experience? Was it what you expected or wildly different from university back home? I’d love to hear your thoughts!

Thanks for reading and à bientôt ! 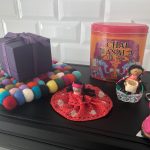 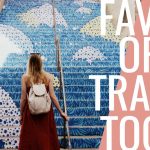