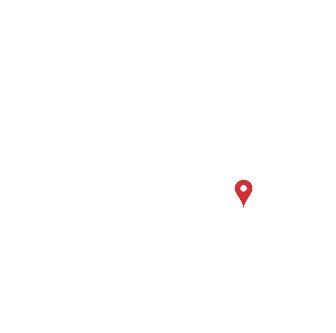 Where do I come from and why am I in France?

When I was 17 I had the opportunity to do a long-term exchange in France through Rotary International.

French high school taught me two things: how to speak French (sort of) and that I definitely didn’t want to pay American prices for a college education. One gap year later I found myself enrolled at Université Lyon 2.

Well, if you must know, France won my heart with its accessibility. The United States has this tendency of making everything expensive and it’s harder for young people to go to school let alone enjoy concerts, museums, vacations, etc. France however is THE place to enrich yourself, all doors are open.

In addition to my studies, I’ve been managing PR at a local tech startup for the past year. My job has afforded me invaluable experience in communications and French company culture.

In the future, I don’t know what country I’ll land but I know my voice will always be influenced by my time in France.

I am from Oregon, or as I like to tell French people, « above California ». Despite being geographically insignificant to foreigners, Oregon is a wonderful (and wild) place to grow up. It’s covered with dense forests, waterfalls, mountains, and hippies.

Not unlike many youth, I desperately wanted to get the heck out of my hometown. Now I miss it.

In France, I live in Lyon, or as I like to tell my American friends, « below Paris ». Jokes aside, Lyon is an incredible place to live. In a single day you can walk through roman ruins, renaissance courtyards, botanical gardens, and tunnels used by the resistance.

The best part about living in a city like Lyon is when you finally grow out of being a tourist and enter the quotidian. I love taking the metro in the morning alongside dozens of other students. There are 100,000 students at any given time in the city of Lyon. That’s half the population of my hometown in Oregon.

What will never get old is the contrast (and the unexpected similarities) between where I’m from and where I am.

Sometimes it’s a struggle but there’s something immensely gratifying about having to learn a new environment, a new language, a new way of being.

My role as a E-Ambassador

How can we make the most out of our time abroad?

That’s the question I want to explore in my time as an E-Ambassador. Of course, I will try to share tips I’ve accumulated during my time in France. Though, my hope is to go a bit further: to turn this blog into a conversation starter, a network, a living resource.

If you’re a student in France, or on your way here, I’m always available via email or DM to answer questions. Let’s chat! This ambassador is à l’écoute 🙂 How to visit Europe on a budget while studying in France 10 Ways to improve your French (that are free)