An American and Cigarettes: A Lesson on Perspectives

During my second semester of study-abroad I met a lot of exchange students from the U.S.. Out of all of them, one guy in particular stood out—James. James was not much different from the other exchangers, at least by a visual standpoint—he dressed smartly, though perhaps a little “too American” for some people’s tastes—but what stood out to me was his strong identification with the American cultural perspective. Let me be frank: he was super American in his point of view. While he was fascinated with France and its many “particularities”, at first, he soon began to dislike it and its culture. What he hated most about France and French life was that it seemingly was impossible to go anywhere without breathing in cigarette smoke. He complained and complained about smokers as well as anything carrying their smell, even saying that he “couldn’t go into any room without smelling their trace”. While many sympathize with his position, as so many foreigners do, he went too far by refusing to sit down and chat with anyone he had seen holding a cigarette. James later ended his semester of exchange having made few friends. Standing in a similar situation, having ended my second semester of exchange and reflecting upon the time spent abroad as well as on on the exchanges of others, I wondered: How could he have made more friends? What could he have done to have improved his time in France? Sure, one can suggest that he simply could have just ignored the smell of cigarettes, however, I think it goes a little deeper—it’s about considering and adapting a different perspective.

Perceptions of smoking in the U.S. and France

Coming from the U.S. and ending up in France, it’s understandable to find it hard to be around cigarette smoke. At home, smoking is highly frowned upon. Americans are taught from an early age that smoking is bad for human health and that it will eventually ruin our lives. Likewise, many stigmatize smoking and find it intolerable in public settings. This perception is exactly what James echoed, though in France, the social reality is not the same.

While holding a degree of similarity, what is true for Americans is not true for the French. To James and many other foreigners, the French smoke in their houses, their yards, and their cars; they smoke along the sides of buildings, in the outside-chairs of the hundreds of cafés, in their beds, and will certainly send their gray cancerous clouds unknowingly into the faces of those nearby. These situations arise frequently and viewed through an American perspective, the French seemingly shrug off the dangers of cancer and smoke like there is no tomorrow—oh, how we Americans love the French!

Personally, I speak to this reality–the perception that James echoed–and found it difficult to get used to all of the cigarettes and the culture of smoking in France. When I first arrived in a heavy-smoking country, Turkey (Italians even say, “smokes like a Turkish”), it was so hard for me to get used to and tolerate the smoke. I was asking friends if it was ok to sit outside when in restaurants and cafés so that I could breath fresh air instead of sitting inside, basically, a smoke sauna. What I experienced in Turkey was essentially the same when I arrived in France—people smoking seemingly everywhere (though not always inside). However, unlike James, I learned how to become open to changing my beliefs and to redefining the upper limits of my comfort zones. I strongly believe that it is important to pause and consider local contexts, despite difficulties and discomfort. 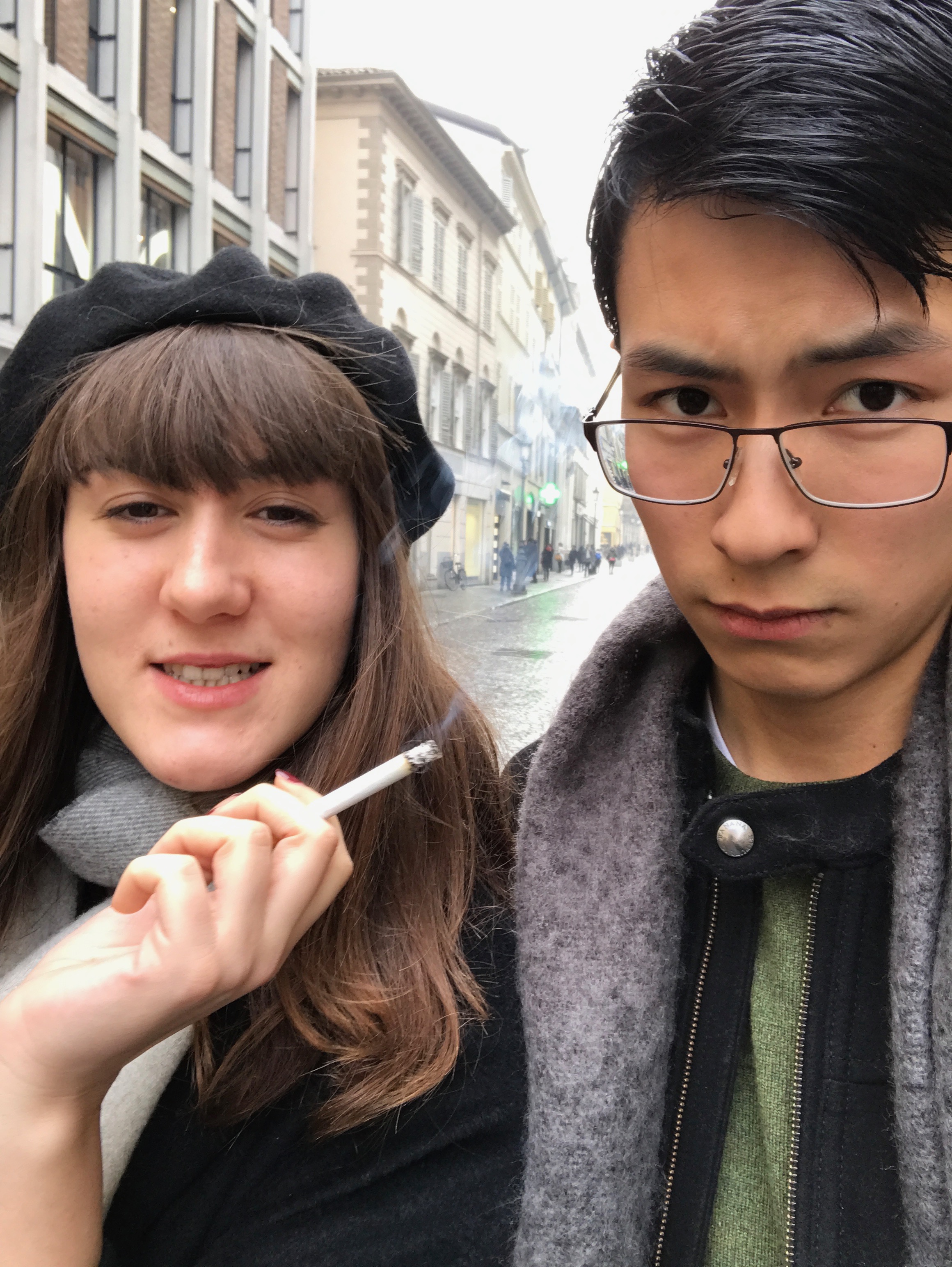 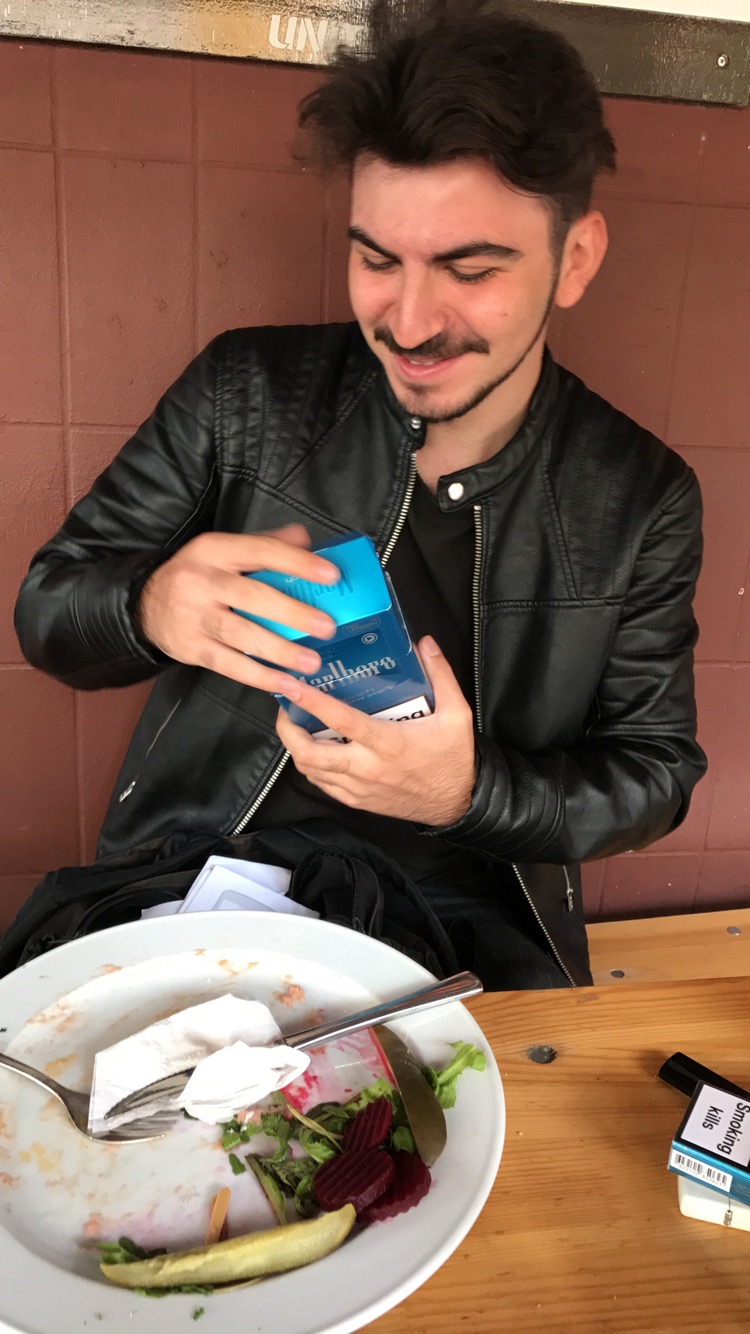 For many French individuals, smoking can form of relaxation, enjoyment, social life, relief, and opportunity for reflection. A personal anecdote to attest to this: after the final session at the end of the semester in one course I was in, my fellow classmates and I went out to a brasserie to get drinks and have a smoke. It was form of bonding to celebrate the end of the semester. In itself, it was very special experience, allowing me to understand this–to understand the French perception of smoking–but anyone passing by the cafés of Paris, Lyon, or any other city, can so easily see just how much so many French people, sitting in their sunglasses, scarves, and navy blue and blacks, just how valuable smoking is to them—to see the same as I did. Smoking in itself is an aspect of their lives, evident in French cultural productions, such as films, books, theatre, and literature. By all accounts, if you ask me, it is beautiful.

Of course smoking culture, just like any other, is not without its critics. Just as often as one passes a woman smoking, another passes a warning ad on a bus stop, wall, or outside a building…but I digress, (and so do many French). We can’t stop. It is almost inseparable to the individual and married to a wealth of situations in life. And the phenomena is, by some, so engrained in society and culture that smoking is French.

Thinking about James and the end of his exchange semester in France, having taken his views too far, it is important to remember to stop and to think when abroad, even if it is hard. Sticking to one’s ideas in the right context is important, necessary in its essence, yet doing so in all contexts and in all situations can easily take away from having new experiences. I think that if James re-evaluated his point of view and loosened his opposition to cigarette smoke, an inescapable facet of life in France, doing so would have allowed him to make friends and have new, beautiful experiences. Above all, reconsidering and adopting a different perspective would have helped him enjoy the little time he had in France, a country that I and so many others love. Me, even if I probably do breathe in more smoke than I like, because I am willing to embrace new perspectives, I have been able to meet so many wonderful individuals and have experienced so many new things, all of which have changed my life for the better, unattainable had I otherwise stuck to my principles. So with this I say to Americans: stop being so opposed to smokers and cigarettes. They aren’t the worst, there certainly are other things to be more concerned about, but to so many others they are a way to appreciate life—the French life.