A Trip to Avignon

A week ago, I decided to take a day-trip into the past to visit Avignon, known for being once being the Papal city from the 1300s to the very early 1400s, that captured my attention and interest.

Living in the North of France, in Reims, there is no better way to travel to Avignon in the South than by train, especially the TGV (train de grande vitesse). I woke up at about 6:30AM, got dressed, grabbed my bag, and walked half an hour to the central gare in Reims, and then hopped on the TGV to Paris Gare de l’Est, which serves the cities to east of Paris, taking 45 minutes to travel about 145 km (90 miles). After arriving at Gare de l’Est, it is really easily to reach any of the other gares by using the Paris metro. I then took the M1 then transferring to the M5 lines to get to Gare de Lyon, taking a brief 13 minutes. From Gare de Lyon, one can find trains spreading out throughout the South of France from Nice, to Montpellier, to Toulouse and more. I then boarded my next train, a TGV, to take me to Avignon. Conveniently, using the TGV I was able to get there in just over two hours and a half to arrive in Avignon from Paris, which is incredibly because it is a distance of more than 700 km (around 440 miles)! Truly, there is no better way to travel throughout France than by using the TGV, thus, making a day trip to Avignon or anywhere else throughout France possible.

The first thing to do in Avignon is to head to the Palais des Papes. It was here that six Popes; Benedict XII, Clement VI, Innocent VI, Urban V, Gregory XI, and Antipope Benedict XIII, resided and carried out their official duties. The Palais des Papes itself is an architectural beauty, characterized by frescos, great halls, originally-kept rooms, and its extensiveness. Even though I usually browse through museums quite quickly, I ended up spending more than three hours there because the Palais des Papes offers an e-guided interactive tour with audio, served by a tablet and headphones, making me, one who has studied the history of Palais des Papes, an expert! The e-tour there makes walking around the Palais des Papes more fun and interesting by providing contextual information such as the histories, functions, and architectural details of each room as I walked through them. If you don’t speak English or French, this tour is also offered in a host of other languages. What I enjoyed the most with the e-tour is that, holding the tablet around, using the camera, you can “see” how the rooms would have been furnished and decorated hundreds of years ago in augment reality.

Emerging from the Palais des Papes, I walked to the nearby Rocher des Doms gardens. I recommend going there because you can get a fantastic panoramic view of Avignon and the surrounding countryside. Also, you can easily see the Pont Saint-Bénézet, a beautiful 12-century stone bridge, which, during its time, connected Avignon, the Papal city, to the Kingdom of France. While I didn’t end up walking on the bridge (I had actually bought the ticket to do so while in Palais des Papes but ended up arriving after the entryway closed), I certainly do recommend it as it juts out halfway across the Rhone, one of the five major rivers in France, providing excellent views. Pont Saint-Bénézet, the Rhone, and the countryside beyond Avignon

As the sun was setting, walking along the Rhone, I felt the chill of the Mistral, the wind that blows across the South of France. While it was 8 degrees Celcius, my weather app noted a temperature of 2. Certainly, keep this in mind when traveling to Avignon! Pulling out my phone, I got the directions to head to a cafe that my dear friend, Helen, recommend to me called Cami-Li Book and Tea so that I could rest a bit. From the Pont Saint-Bénézet it takes only  a fifteen minute walk along the Rhone and a few streets to get there. When I arrived, I found an array of used books from different genres of literature. In the back are tables and chairs to sit down to a cup of tea to help enjoy the literature. What is cool about this place, Cami-Li Books and Tea functions also as a meet-up place for several chat and hobby groups. When I was there, I was listening to a group of computer programmers discussing the different cultures of tech start-up companies. I totally recommend visiting Cami-Li Books and Tea, either to have an interesting conversation with someone, or to simply enjoy a good book after walking around Avignon.

After finishing my tea, it took me only 23 minutes walking slowly through the city once more to arrive at my hostel downtown. In all, it is incredibly easy to walk around Avignon without using a bus or a car simply because it is so small and easy to get anywhere. 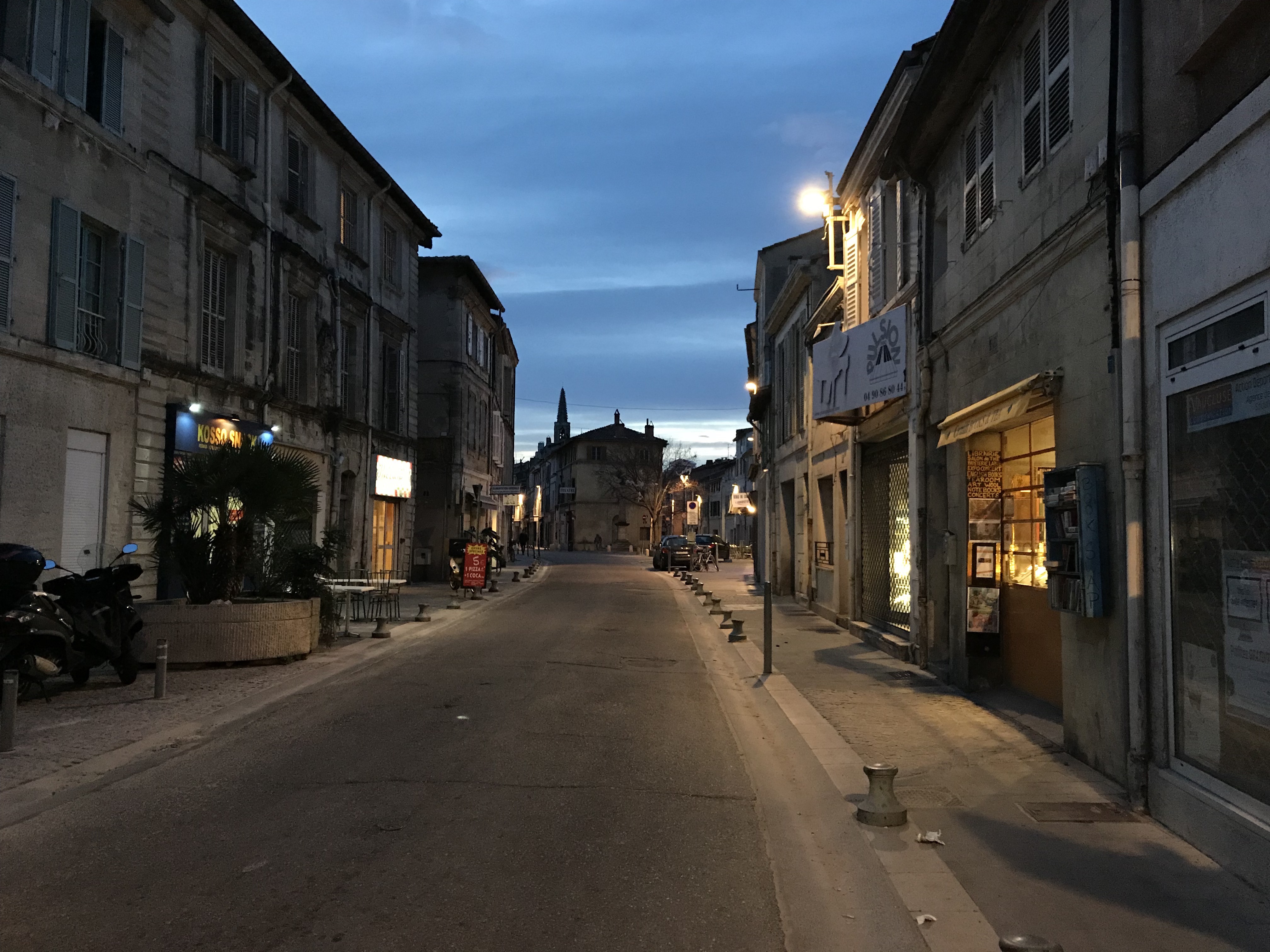 Outside Cami-Li Books and Tea 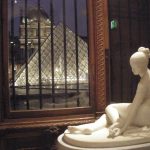 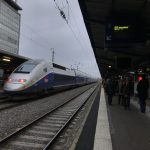